Collaboration in the Design-Development Relationship

When people hear “design and development,” they often think of it as a two-step process. A designer creates designs and then hands everything off to the software developers to implement. The problem with this “throw it over the fence” approach is that it often results in the final digital product coming up short. After all, it’s a team that solves the problem, not a series of individuals.

By fostering continuous collaboration between all members of a team, we can ensure a more cohesive and effective finished piece of software. Giving the Development Team a Voice

Including our developers from the start gives them a better understanding of the client’s business needs and larger problem space, as well as insight into the needs of end-users. Giving developers a voice during sessions like the Design Studio helps lay the groundwork for the solutions that they will ultimately need to implement.

As technical experts, developers can call out potential challenges and propose feasible solutions and workarounds. In the Design Studio, developers can provide unique takes on solutions that often end up serving as the foundation for design.

Imagine a scenario where development teams weren’t part of the software delivery process from the start. Designers would work in a silo for weeks on end and ultimately hand off PDF mockups to the development team with the charge to “Go code!”

Not only would the developers lack the appropriate context, but before they could even start building they would need a designer to explain the business logic, product vision, competitive landscape, user journey… you get the idea. Developers would need to make assumptions to decipher a designer’s work into something that could actually be built with the tools they had in a reasonable timeframe.

Without knowing the whole picture, developers might miss crucial parts of the user experience and potentially build a product that does not meet the right needs or align with the client’s vision.

When a design team just “hands-off” work to the dev team, developers are left to guess. UX Designers put a lot of thought and nuance into their work that can only be translated through direct and constant communication with developers. Intent never comes through in a flat image. While an interactive prototype can help bridge the gap, having the entire team on the same page from the beginning of the project is invaluable.

Keeping an open dialogue between our designers and developers also has tangible client benefits. When developers are able to chime in and give their crucial perspective, the team is better able to provide accurate and achievable estimates. Additionally, bringing developers into the loop from the very beginning helps eliminate surprises that could potentially derail the project roadmap or compromise the product vision.

This candor and client “facetime” helps build rapport and trust between the client and project teams, enhancing communication and fostering a collaborative spirit. This trust also pays dividends deep into the project when unexpected issues crop up and both teams can collaborate on solutions rather than point fingers.

The Handshake Between Software Developers and Designers

All of this early involvement from the development team allows them to build the right product, on-time and on-budget. The end of the design phase becomes a handshake instead of a handoff because developers are already intimately familiar with every facet of the UX, design, and expected functionality. This added context is critical for project success.

They’ve already been formulating their approach since kickoff and can hit the ground running.

No matter how important UX and visual design is, careful architectural planning and development are crucial to building systems that are efficient and scalable. What’s more, the handshake isn’t a singular moment in time—it’s an ongoing collaboration through all project phases.

When design and development teams are in sync, projects are completed more smoothly, more successfully, and with fewer surprises. That means the final launched digital product is fundamentally better.

The interplay of a fully cross-functional team should continue throughout the lifespan of the project. Even once the core design and user experience have been crystalized and a project transitions to the build phase, the design team should continue to work tightly with the development team. Designers can watch the product take shape and provide guidance, support, and insight into the UX, additional context, assets, and domain expertise.

Questions will inevitably arise about how the team should implement new feature requests or adapt to market pivots. With a fully engaged, collaborative team that is firing on all cylinders, these strategic shifts can be anticipated and turned from obstacles into opportunities.

Break Down the Silos

Although the focus of this article was on fostering collaboration between design and development teams, there is no reason why you can’t extend this methodology to the broader project team (QA, system and information architecture, marketing, management, or support). At Arcweb, we don’t think about projects as a series of independent phases, but as a continuous, collaborative cycle where every team has insight into the roadmap and a role in crafting the right solution. Contact us today to launch your new digital product.

Mike Balcerzak
Mike Balcerzak is a UX Architect at Arcweb Technologies, helping to solve challenging problems through beautifully functional designs for clients across many industries.
View All Posts 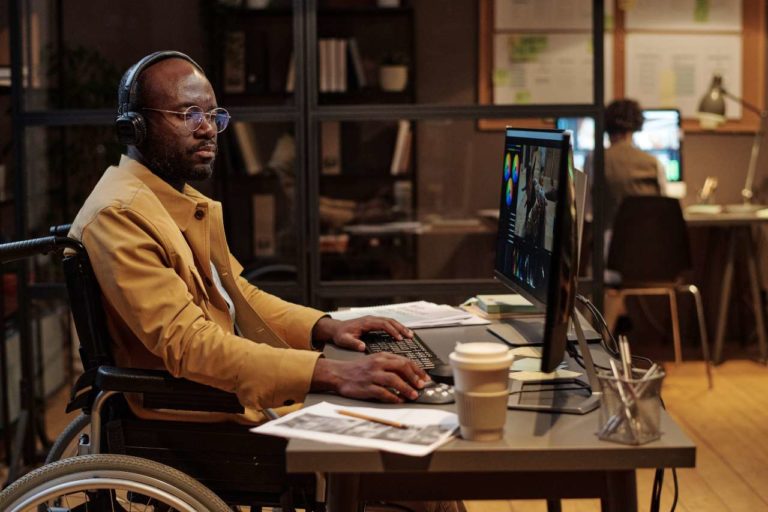